Transit cards are the remains of what was once a galaxy-spanning transportation network. Each card is 5 inches by 3 inches by 1/2 inch thick, and composed of a hard, wear resistant and transparent substance, akin to diamond but stronger. Encased within the clear shell is a holographic image – a city, a beach, a mountain, a forest – which seems extremely sharp and real. It does not look like an image so much as a view through a window, frozen in an instant. A small number of indentations can be felt along the edge of the card; these are controls.

When the indentations are touched in the proper sequence (which usually requires experimentation), the user and his gear is immediately teleported to the location shown on the card. However, it must be noted that the cards are very old and the civilization which built them is long vanished. The city is most likely an abandoned ruin or buried beneath miles of debris; the forest may not be a savannah, a desert, or an urban complex. The cards will never teleport someone into a solid object or high above the ground, but there are no other safety features – if the ocean has eroded away the beach, the user will appear four miles from shore.

The cards are one-way; there is no ‘go back’ option. The citizens of the original civilization would carry packs of them, but time and chaos have resulted in only single cards being found. Sometimes, it is possible to calculate where a card may lead – for example, if a starscape is visible, a Difficult Space Science [Astrogation] check may be able to reveal what world is shown on the card. Most often, though, using the cards is a one-way trip to an unknown world.

If the user is in physical contact with others, up five other beings of size Large or smaller may be taken along.

There is a base 10% chance of any card burning out upon use. 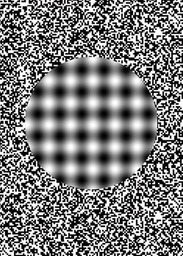