This ship has gone through many owners over the years, She has been used as a blockade runner, delivery vessel, troop transport, and even a war vessel. Under the Command of Captain Jack Harkness during the Dominion War this ship received many upgrades to the shields and engines.

The group acquire the Heart o’ Gold after trading in the Fearless. They use it to travel first to Ferenginar, via the Alteran Expanse, and then to Deep Space Nine.

The crew test the upgrades of the Heart of Gold by engaging a Federation prison convey (Commanded by Yore) in an attempt to rescue Satele Keto. The ship proved to be better than expected and scored a decisive victory.

The Heart o’ Gold was lost as Force-wielding tribbles ate through her systems and crew. She was lost with nearly 90% of her crew. Her captain, Tarak, chose not to do the honorable thing and go down with his ship. She will be missed. 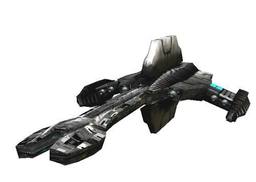