The Coin of the Land

Alterium is the coin of Denchar Penal Colony. It has roughly the same buying power as a slip of gold pressed latinum. The metal is mined by the ghouls and traded for slaves. Throughout the colony it is accepted for every form of transaction.

Alterium has some unique properties in that it floats in water and melts at only 70 degrees centigrade. At 60 degrees the metal becomes maleable. Alterium is poisonous to consume and its dust is commonly used by killers to gain an advantage in a fight. The dust will blind an opponent if it gets in the eyes, and if taken internally can cause paralysis. 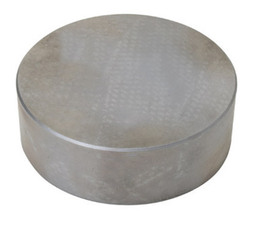