Tarak served for a while in Starfleet, though his career was not a distinguished one. He eventually decided to retire from Starfleet before being forced out, though he took the skills and knowledge he had accrued with him. He had managed to save up enough currency to purchase his own D’kora-class vessel, and after acquiring a crew of worthy individuals, he managed to secure a letter of marque from the Ferengi Alliance and serves to this day as a privateer under those auspices.

His son, Bahb, serves as a science officer in Starfleet; Tarak has mixed feelings about this. He’s proud that his progeny could achieve so much, but worries that his son might become corrupted by the Federation’s ideals. 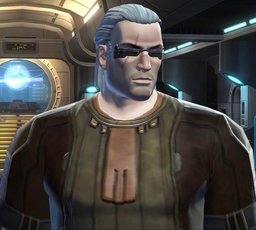