Commander Bahb’s Log
Entry 167.1
Location: Starfleet Academy
Order received to report to the USS Hurricane.
Not happy with these order for several reasons
1. too far from Ferengi space
2. new ships have too many problems and are a real headache. This being a shakedown cruse is just a headache in a bottle and Starfleet just forced it on me.
3. most important. the mission of the Hurricane is to patrol an area of space along both the Klingon and Tholian borders. I really don’t like Tholians. They are too alien and don’t think like intelligent people should.
We shall see how this new posting plays out. The only good news is that my buddy Commander Kyron Vedick is also being assigned to the same ship.

Commander Bahb’s Log
Entry 167.2
Location: Starbase 1 (Earth Stardock)
Admiral Quinn has requested a favor. Won’t complain as having an admiral in my pocket my come in handy one day. We have to transport a human troublemaker named Walker to K-7 where we will meet up with the Hurricane. Should be an interesting month in space. We also picked up a Vulcan named Lt. T’Prel.

Commander Bahb’s Log
Entry 167.4
Location: Risa
After much deliberation we took a detour to Risa. technically it is against the rules but not explicitly. I believe that getting to know the culture of our new captain will help us to work better with the new ship. The casino is really nice and the Holo Leeta on the Dabo table was pristine. T’prel went off to play in a holosuite while Walker simply disappeared. Kyron did his usual and ended up on the dance floor.

Commander Bahb’s Log
Entry 167.5
Location: Xerxes IV
Four days out from K-7 we received a distress signal from a remote science team on an uninhabited planet. The planet was being blasted with an Ion storm. Following protocol, we reported that we were going to investigate. The storm was rough and forced us to make a crash landing three kilometers from the science station. After assessing injuries we headed for the station. Immediately we were beset with primitive people using clubs. We stunned them into submission and discovered that they were a part of the team we were here to rescue. Some kind of pathogen had forced them to devolve.

We traveled to the science station and discovered more people in the early stages of degeneration. Dr. Heidi Schipp and Dr. Jasper Conrad were in rough shape but communicated with us what they knew of the situation. Apparently the Ion Storm reacted with the atmosphere of the planet and generated some kind of degenerative field. We also learned that the researchers had discovered a possible cure for Aunt Jooma’s degenerative disorder and we learned that one of Kyron’s former girl friends was among the lost in the wilderness. Using the facilities labs I worked with Lt, T’prel and discovered a cure. We saved everyone and escaped the storm thanks to my team. Unfortunately that cure for Aunt Jooma looks to be on hold. 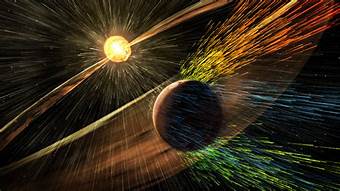 New cast is always a tough sell
Make it good

Hipster, haaa, the dude looks really douchey to me. Where the hell are the crazy eight posts!!! I want to see mayhem and other unsavory things.